You can not choose the scenarios up-front, most of them will be played during this 2-hour time. Which game and on which order is played, will be decided by the instructor. We have several other groups playing in the same area at the same time. 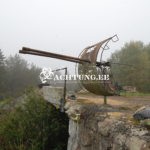 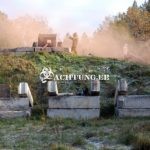 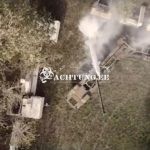 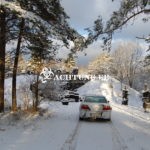 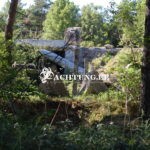 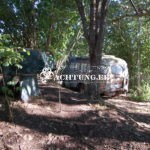 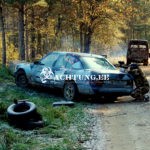 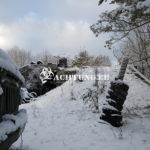 Hostile forces have been taking over the missile base's control center together with nuclear missile. There is only 10 minutes left, before the missile will explode, time is running. Attacking team has to take over the control center and interrupt the start of missile in 10 minutes. This is a meneuver battle.

3 hits on the body (marker don't count) and you are out of the game. This game is played 2 times with changing sides. Everybody will count their own marks.

Motorized attacking quick response unit can use different vehicles to conquer the contol center. They can use the cars as shield, as tank, drive-by, attacking or to drop the dessant unit behind the control center - there are many options. The vehicles number and type will be chosen according to the group size. Usually there is a mini van and small car. 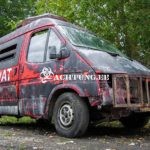 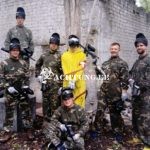 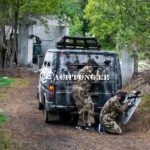 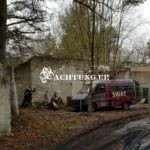 The hostage has been kidnapped by terrorist. When it's a stag party then we use stag as hostage, when its a team builing event we use the boss as hostage - or if there is no options we use our own voluntary human-sized dummy as hostage.

We tape the hands of the hostage and put him/it into one smaller area and tie him/it around the tree with a rope. SWAT-team has 5 minutes to free the hostage, otherwise the hostage will be executed.

SWAT team will attack with a van, there is smoke-cover, battle is short and agressive. SWAT-team has to release the hostage on 5 minutes and bring him/it out from the area. There is no time for strategys and plans - this is a numb and robust attack!

If SWAT-team fails, the hostage will be shot - every surviving team member (both teams) can have 1 shot from 25 meters.

3 hits on the body (marker don't count), hand up and you have to come out from the game. Usually will be played 1 time.

SWAT-team has to use SWAT-mini van that has been specially build for this mission and some shields. Everybody will attack with the car except when there is bigger group, then some can go on foot. 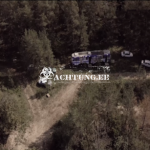 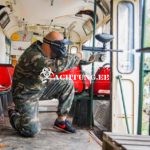 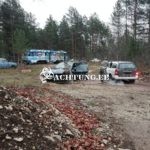 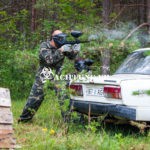 2 teams, who are trying to find gas masks to survive chemical attack.

2 teams have total 10 minutes to find and collect some specific number of gas masks (depending from group size) from the area. Both teams start from different locations at the same time and both teams can use vehicles to achieve the mission. Gas masks are in the area usually on top of or inside some vehicle or on top of some building ruins, they are marked and easy to see/find.

If 10 minutes is over we will count the masks both teams got and wins this team, who has more gas masks and will survive the chemical attack. Speed and strategy counts.

This is a game with re-borning! If player gets 3 hits into the body, he/she has to raise his hand, move back 10 meters to safe direction (away from fire zone) and count to 20 loud at the same time. If dead player has mask(s) in his hand, he has to put them down immediately at the same place he got hit. Opposite team has now a chance to take this maks(s). Its also allowed to take ower opposite team's car.

Game will be played 1 time.

The cars can be used to move in the area, as fire support, to fight against opposite team, for gathering gas masks, maneuver battle. Depending from group size there is small car for both team or mini van. Some can move on foot. 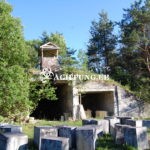 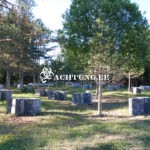 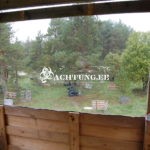 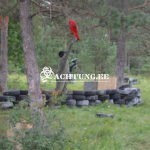 Game scenario, that is very popular and used in most paintball games all over the world. Classical flag in the middle game.

2 teams, who start capturing the flag.

Flag is in the middle. One team starts from the right edge of the play area and second team starts from the left edge of the game area. When game starts, both teams are trying to get the flag from the middle. If player gets 3 hits, he is out. If the player has a flag in his hand while he got hit, he has to drop the flag immediately in the same place he got hit. Other players have to capture the flag from there now.

To make the game a little bit more interesting we make it sometimes like this, that all players put their markers in front of themselves about 10 meter distance on a line. When game starts, they first have to get their guns and then capture the flag.

There are many different move options in the game, as long as the fantasy gets:

1. Wins this team, who gets the flag first and takes it back to their “base“ = back to the start.

2. Wins this team, who has the flag after 3 minutes. If one team gets the flag, then the game does not end. Team, who has not got the flag, is now trying to get the flag back from the opposite team. When 3 minutes is over, wins the team with the flag.

3. To the final bullet. This option is played usually when the players have left some small amount of bullets and they want to use them all. In this case when player gets 3 hits, he moves back to the start and begins again to play from the start. Until all bullets are out. Wins this team who has the final surviver with the bullets and with the flag.

3 hits and the player is out. Hand up and player has to come out from the game (if player is not playing until to the final bullet). Usually played 1-2 times. 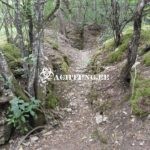 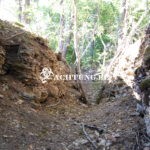 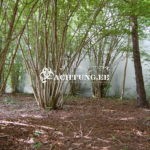 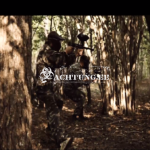 The battle is in a 300-m long parallel double-line trench system, that goes into a thick bush-forrest.

2 teams, who are collecting small flags from the trench-system and forrest.

There is an odd number of flags inside of the thench-system and also in the forrest that the trenches lead to.  One team starts from the beginning of one trench and second team from the beginning of another trench. Both teams start at the same time and after the game starts they run into the trenches. Trenches are parallel and they are also connected from 3 different locations in the middle. They lead to a bush-forrest, where are also some amount of flags. Teams have to pass the trenches until to forrest and have to collect all the flags they find from there.

This game is played 10 minutes and then instructor counts all the flags. Wins this team who has more flags.

This game is played with re-borning! If the player gets 3 hits on the body, player has to rise the hand and move 10 meters back and read 20 with loud voice. If player has also flag(s) while player got hit, player has to drop all the flags on the same location player got hit. Opposite team can now take dead player flags.

25 000 m², inside is 300m long deep double-line  trench system, that is connected between. Thick bush and forrest.

The page is on update. Soon there will be added more scenarios:

Send us your questions